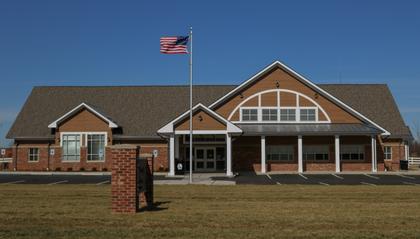 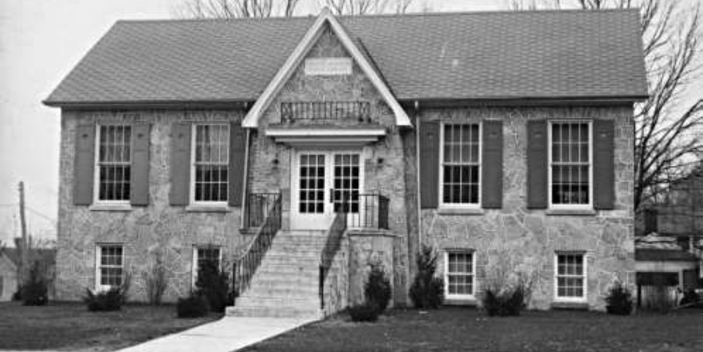 It All Began With the Ladies Lincoln League

The Ladies Lincoln League was organized September 16, 1909 “to promote the civic and educational interest of the town of Hodgenville, Kentucky.” One of the first projects of the league was the improvement of the town square about the time the statue of Abraham Lincoln by A. Weinmann was installed there. One of the contributors to this project was Robert Todd Lincoln who donated $1000.00.

The ladies promoted the educational progress of the community by organizing its first library in March, 1917, which they named the Lincoln Memorial Library. This first library occupied rented quarters above what is now the Atherton Realty Office (currently the Lincoln Museum). Books were donated by local citizens, and the library was staffed by league member volunteers. A special fund drive was instituted to purchase a complete set of encyclopedias, and in order to raise money for additional books, the league members sold miniature log cabins and other souvenirs at the Lincoln birthplace for a number of years.

During the depression years of the 1930’s a creek stone library building was constructed by the Works Progress Administration, WPA – a government agency to make work for the unemployed. This building was on the site of the defunct Presbyterian Church, the same place the present library is located. During the erection of the present building in 1969 the creek stone building was moved to a new location and is now LaRue Baptist Church near Lincoln’s Birthplace. Another depression-era project of the league, with the help of the WPA, was the planting of redbud and dogwood trees along the road from Hodgenville to the birthplace.

The current library building was erected after a tax referendum was approved by the voters in 1963 and the LaRue County Public Library District was formed. The loyal ladies of the Lincoln League continued their support by paying for the landscaping and draperies for the new building.

There have been many dedicated members of the Ladies Lincoln League who have contributed labor, time, and money so that the community could have a library before it was publicly funded. The two who were particularly outstanding were Mrs. Hallie Miller Larue, who left her estate to the Ladies Lincoln League and Mrs. Ermine Pickerill Kirkpatrick, the faithful librarian for many years, who was paid only a pittance.

The league members continued their watchful interest in the library after it became publicly funded and upon the dissolution of the league in 1982, voted to turn over the remaining assets of approximately $45,000.00, mostly from the Hallie Miller LaRue estate, to the LaRue County Public Library District. (In 2011, this money was used to purchase the current 2011 bookmobile.)

Other civic projects of the league were the promotion of the Lincoln Birthday Observance each year and the annual funding of the Hallie Miller LaRue Memorial Scholarship for a deserving LaRue County High School graduate to attend Elizabethtown Community College.

If they could return today, the ladies of the league would be proud and amazed: proud to see their work so ably continued by the library staff and board and amazed to see the innovations of the future.